We all know about Zaha Hadid masterpieces. But have you heard for Dominion Office Building?

She was the first woman to receive the Pritzker Architecture Prize, in 2004.

In 2012, she was made a Dame by Elizabeth II for services to architecture. In 2015 she became the first and only woman to be awarded the Royal Gold Medal from the Royal Institute of British Architects.

But prizes aside, we all know Zaha for her architectural masterpieces and one of them is Dominion.

Today we represent you the Dominion Office Building in Moscow, Russia that was made by Zaha Hadid Architects.

The building is totally insane, in a positive way of course! Working areas are arranged around a central atrium that runs through all the floors. The atrium also features the building’s most identifiable characteristic: a staggering black-and-white stairway design, which, when seen from below, creates a captivating visual effect. The team at Zaha Hadid Architects created large, open-plan office areas that can be adjusted according to each company’s needs and size so that any team can found its place in this marvelous building.

You can also check other Zaza Hadid designs at Facebook if you follow this link with hashtag below.
#ZahaHadid 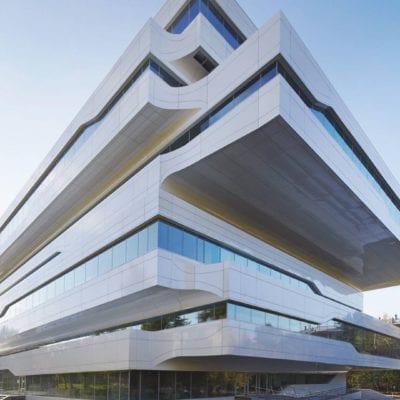 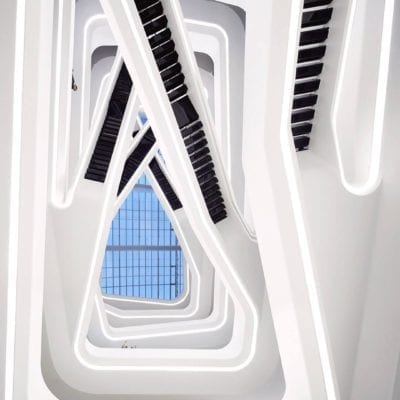 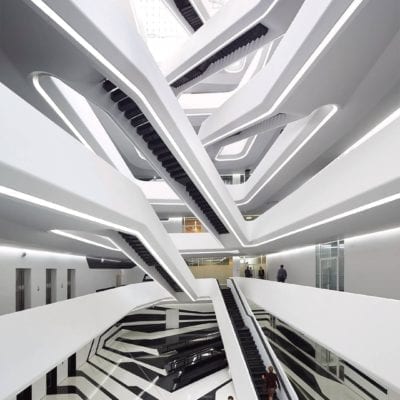 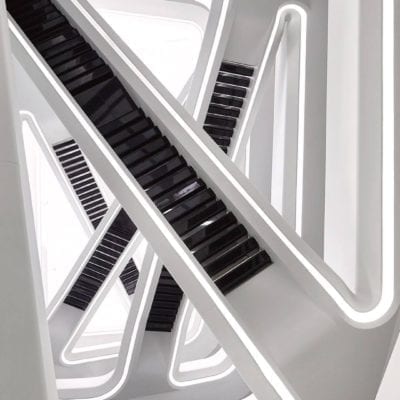