Café Racers originated in the 60s era in Britain and flourished with the support of the youth. Back then, these motorcycles were extremely popular, and their hype was over the roof. Every young man wanted one and was ready to spend copious amounts of money to build one. However, motorcars came into the picture, and soon the hype simmered down, but it didn't die completely. Nowadays, the trend has picked back up, and even some renowned coachbuilders are getting in on the game.

One honorable mention is the BMW R80 RT Café Racer by MOTO ADONIS. Talk about modifying a classic BMW motorcycle into an even better sleek-looking version. MOTO ADONIS has not been disappointed with their café racer. The interesting thing is that the original R80 RT was a "touring" bike, meaning it had a large windscreen, upright handlebars, and a decent engine. In other words, it was made for long-distance traveling, whereas café racers are the exact opposite. They are built for short-distance riding, and they are not very comfortable to ride. The engines are powerful and better tuned, offering better performance than the "touring" bike of the 80s.

chose the BMW r80 Cafe Racer because this bike had a sturdy chassis, and after all, the R80 is what Alex Hupkes ordered. Alex showed Moto Adonis a few examples of what he liked and let them work their magic.

The motorcycle coach builder stripped the donor bike to the frame. The original fuel tank was replaced with the CB500s’, whereas a leather seat, and LED lights were added. The front and rear tires received aluminum discs and Shinko tires, while a new custom exhaust was also added that goes under the seat.

The original handlebars have also been replaced with the more modern Motogadget grips and Motone switchgear. Motogadget indicators also take their place at the end of the bar, while the speedometer is the Motogadget M-Unit in blue.

The final product shows Moto Adonis's hard work and determination towards the project. It wasn't easy to turn a touring bike into a café racer since touring bikes are the opposite. The style is different, and the application is not the same as well. 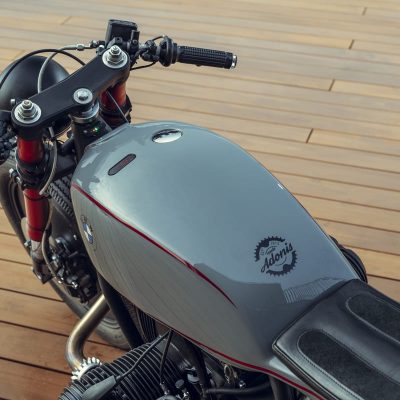 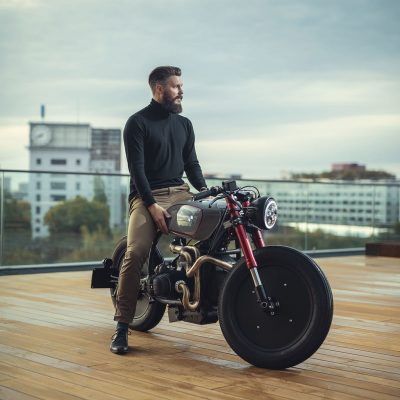 However, one thing we know about Moto Adonis is that they are professionals at their work and there are only a few other coachbuilders who have as much creativity and dedication as the Dutch builder.

What are your thoughts on this edit of BMW R80 Cafe Racer?